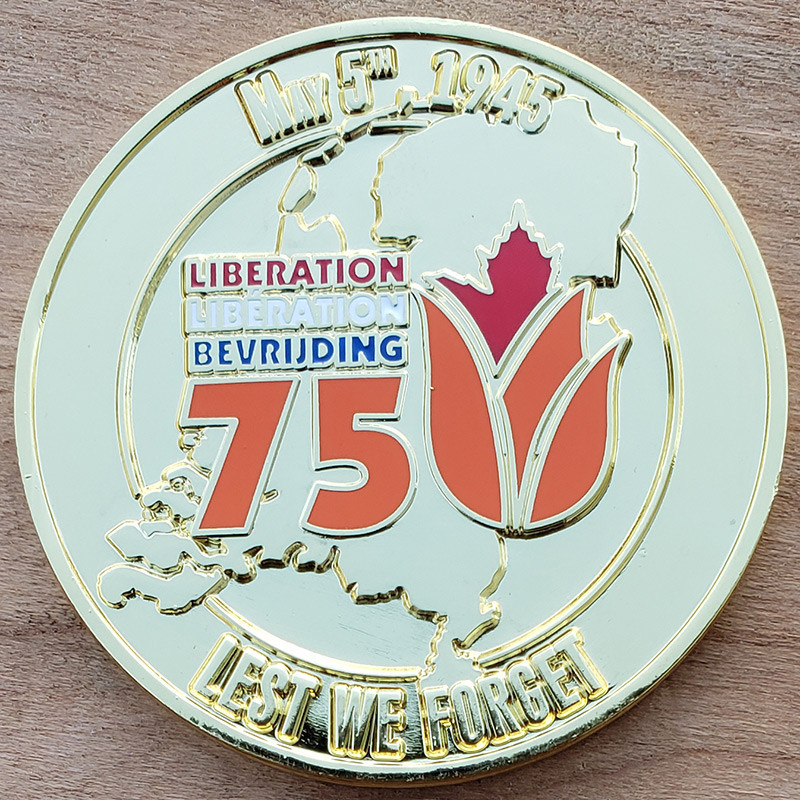 The First Canadian Army also played a leading role in opening Belgium and the Netherlands' Scheldt estuary, gateway to the port of Antwerp. Access to this port was essential to maintain supply lines to the Allied armies as they continued their push toward Germany.

Under the command of General Henry Crerar, the First Canadian Army was international in character. In addition to the 2nd Canadian Corps, the 1st British Corps, and the 1st Polish Armoured Division, at various times American, Belgian, and Dutch soldiers were also included as units. The strength of this army included approximately 175,000 Canadian soldiers, and ranged anywhere from 200,000 to over 450,000 when including the soldiers from other nations.

More than 7,600 Canadians died in the nine-month campaign to liberate the Netherlands, a tremendous sacrifice in the cause of freedom.

By April 12, the Germans in western Holland had been driven back to a line running roughly between Wageningen through Amersfoort to the North Sea, known as the Grebbe Line. Although citizens in the region were at grave risk of starvation, the advance was halted. It was feared that liberation by force might result in the Germans opening the dykes and ruining the low-lying countryside between Utrecht and the sea.

A truce was arranged with the Germans to move food and coal into the German-held territory for the starving citizens.

On May 5th, 1945, the commander of German forces in the Netherlands surrendered in a hotel in Wageningen. The surrender was accepted by Lt.-General Charles Foulkes, commander of the 1st Canadian Corps and witnessed by Prince Bernhard of the Netherlands. The war in Europe ended two days later.

Be the first to write your review!